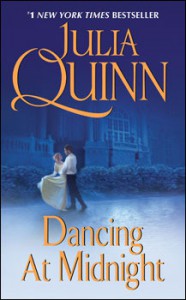 I had A LOT of issues with this book.

1. Plot. It appeared somewhere at the end of the book (at about 70%) although it had been lurking its head around since the beginning. In any case, the plot felt quite recycled. The worst part is that it was VERY similar to the plot in book 1 of the Blydon series. It wasn't very original either. Also, it was quite predictable and a little boring. Just no.

John: OMG. I want to slap this character silly. First and foremost, he needed to man up all through the book. Secondly, I felt he was totally two dimensional. There were few moments where I was "Whao, John way to go!". Most of the time it was like "Man, please stop whining, it's embarrassing."

Belle: ~sigh~ She had great potential, but I just thought she was so annoying. Seriously. Also, she is the type of character that attracts all terrible things and you can't even consider it plausible. Additionally, she can be downright idiotic most of the time. "Don't go out, Belle!" What does she do? She goes out. Obviously. She's described as quite a logical character, but I didn't get to experience this. Like John, she had some good moments, but they were few.

3. The Chemistry. So boring. Too boring. Apparently, the third book in the series is the best. It has William Dumford as the main male lead. Nonetheless, I always thought he and Belle would have been much better. John was created as her love interest, but it was too forced. Also, I know that these books are fluff, but John and Belle were just unreal and ridiculous. I mean, they recited poetry to each other. POETRY. I wanted to gag and roll my eyes and then throw the book away. No. Just no.


Conclusion. I read it because it was part of the Blydon series, and although these books can be considered stand-alones, I do like checking in to characters that appear in other works. Unfortunately, I hated Alex from Book 1 and he's just as annoying in this book (maybe a little less). Emma, as usual, was pretty nice. I wouldn't recommend it, personally. You tell me.
Tweet
428 BOOKS
Goodreads